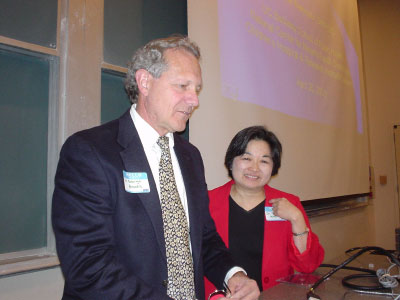 Spending a fair amount of my life running on tracks, lifting weights and otherwise exerting myself it was pretty relevatory to find out that lactic acid is not the evil athletic poison it was made out to be.

In fact it is our friend.

Basically a man cut a frog in half and assumed that the lactic acid in the bottom half was proof that lack of oxygen causes lactic acid build-up.
He was horribly wrong and it took over a 100 years to figure that out.

The guy who did figure it out was blackballed, hated on and threatened (well not really threatened) for challenging convention but eventually he got fools to recognize.

Sadly it will take another 30 years before the average Joe Schmo (or in the case of my gym, Jacques Diallo) realizes what's really going on here but at least the knowledge is out there.

Dr. George Brooks, for your determination you are the Snitch of the Week.
Posted by Unknown at 6:26 PM

Labels: Snitch of the Week