I still have the National Review online in my Google RSS feeds, an artifact from when I was willing to entertain Republican viewpoints and pretend to try and understand both sides.

I mainly ignore it now, however one column caught my eye for it's particularly brand of inanity and actually got me to read it.

Titled, "How to solve the pirate problem" the column featured a particularly noxious brand of knuckle dragging conservatism that combined with a larger confluence of GOP ignorance throughout the week, leads me to believe we have entered into a defacto one party rule.

When the voice of a mainstream conservative publication says,


"What remains to be seen is whether this problem was solved despite Obama’s instincts or because of them. The SEALs solved a hostage crisis by shooting three pirates. The question is whether Obama will prevent a pirate crisis from emerging by making it easier to shoot even more pirates."

It's a wrap.
As a country with severe ego damage from nearly a decade of fighting brown people without the ability to declare victory, Americans were thrilled that our Seals could pop off three shots and end an international crisis between the commercial breaks of American Idol.
However the problem of piracy is not that simple and like most things, cannot be solved by shooting it in the face over and over. Somalians don't become pirates because they like watching Johnny Depp twist out Kiera Knightly.
I'm going to take a guess and say that piracy has something to do with Somalia being a failed state and their inability to provide their citizens with the basic protections and opportunities that the anti-government/anti-stimulus/anti-social net GOP seem bent on eradicating in the U.S.
Also, a third war of the naval variety in another Muslim country probably wouldn't be the best idea.

Killing everyone cannot be your long-term strategy. Republicans, barring some MAJOR Democratic gaffe are finished as a political force. Demographically, sociologically, economically, they're a wrap.

And this is a conservative saying that his party is just a mentality that angry people share. This is particularly sad when you realize that this upcoming decade is pretty crucial and deserves serious deliberation but you have Republicans that release alternative budget proposals without any numbers the chance for serious dialogue is already over.

What can you expect when a key conservative like Clarence Thomas says that.

“Today there is much focus on our rights,” Justice Thomas said. “Indeed, I think there is a proliferation of rights.”

Because that's what this decade has been defined by, the proliferation of rights by Americans. Fuck you, Clarence Thomas.

How else do you account for the rabid reaction of the GOP when the DHS releases a report saying what basic sociology has said for decades? Veterans who do not assimilate back into society upon return, can lash out in dangerous ways. I guess it's insulting to acknowledge the trauma of war.

They do know that right?

Slate broke down what exactly April means in American history and it's pretty grim. VT, Columbine, Waco and even the recent Poplawski police shooting incident all took place in April. The facts kind of show that most of the attacks are of right wing origin. What do you expect when you tell people to rise against the government and to store up on guns?
Posted by Unknown at 1:44 PM 5 comments

Does Eminem realize he's one of these pop culture icons as worthy of derision as any reality show castoff / pop star of the week?

It's clear from this video that he has lost all drive, talent, wit and satirical relevance. Here is he making references to events that at their most recent ended a year ago.

Who gets excited when they here this?
Who does it amuse to hear the infiniteth Britney/Winehouse joke?
Or to watch a listless bloated steroid-added Dr. Dre play the foil to Eminem?
*Yaaaawn...*

Oh and there's a Rainman joke in there too.

What's even worse is the precedent Eminem has set. We are all now subjected to a string as Asher Roth's that everyone in the industry is in a rush to co-sign because they want to claim they supported him before he sells 2.3 millions CDs to frat houses all around the country. But instead of coming from a place of comity with the black experience, as Eminem has tried to do with his background and all, rappers like Asher Roth come straight from the frat house and revel in their awesomeness. It is more than grating.

But I can't really add more to the Asher bashing than what Pitchfork has thankfully already done.

Here's what I'm trying to figure out.

Do I hate Eminem because I am no longer in high school where even then, I had to take this humor in small doses?

Or is he doing what he's always done?

I ask this because I don't have the constitution to go back and play his old records. Paul Wall will satisfy all of my white rap needs. Hell, Weird Al spits harder than this.
Posted by Unknown at 7:03 PM 5 comments 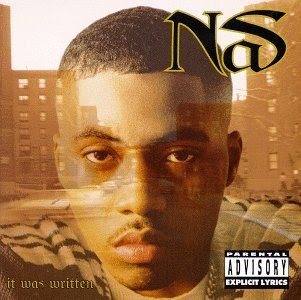 I almost missed this story, but universities have started moving away from need-blind admissions process. It makes perfect sense when you consider the beating university endowments took in the market, but it doesn't make the social implications any less sinister.

What this means is they want rich kids who won't apply for financial aid. Can you guess what racial category these students will overwhelmingly fall into? European notions of free college and health cares are starting to look pretty good huh?

It is pretty disheartening to think of the private elite universities becoming even more insular, white and upper income. Actually it's pretty fucking sickening.


At the social experiment I obtained my B.A. from, A.K.A. the University of Michigan during the affirmative action trials, there were mixed signals as to how effective affirmative action is a tool of racial inclusion, but at least the effort was there.

However that effort is over now that many schools have started scaling back on affirmative action due to a series of unfortunate state ballots that repealed race-based considerations as reverse discrimination.

It is triply damaging when you read up on the failures of HBCU's who now have white valedictorians.


As our Repression, (Depression + Rewecession) as I like to call it, snakes its way through all aspects of American life many social advances of the last few decades will be reversed quicker than anyone can have imagined.

It's a good thing Obama ended race in America. Although under these new admissions policies he might not have made it into the Ivy's that so proudly rep him.
Posted by Unknown at 1:05 AM 5 comments